It’s Fall in the garden center! Our honeylocust is spreading golden leaves across the gravel.

The maple behind the store is gorgeous red! We’re planning for Christmas Trees! We must be crazy! So few others are still selling them!

We’ve been trying to keep busy in September and October! We attended the meeting of the Garden Club of Greater Cleveland at the Bratenahl Towers last week. What a great group! Eighty years young! We invited the Brotzmans and their friends from England…the Butlers, Golden Hill Nursery. Tim Brotzman will be presenting a talk in February at GCGC on his favorite subject…Withhazels!

We visited our son in his new apartment in Downtown Columbus in October…two blocks from the Statehouse! We love what Columbus has done with the place! A great river-walk and connections with Franklin County Metroparks. Great restaurants! So different from when we lived in Columbus in the early 1970s!

Last week we visited with a college friend and his girlfriend…they live in Montana but we meet up each year in the Finger Lakes for a night of revelry and reminiscing. We enjoyed a very special Bed and Breakfast…A Stones Throw, in Interlaken between Cayuga and Seneca Lakes…a couple wineries…dinner at the famous Moosewood in Ithaca…and then we hiked the waterfalls near Watkins Glen. 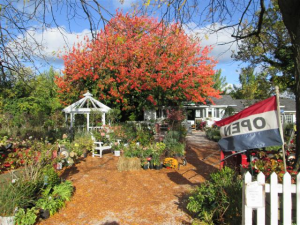 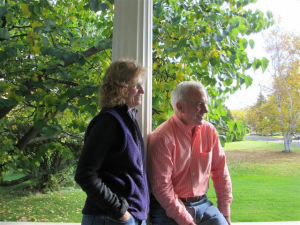 Our Friends from Montana October 2013 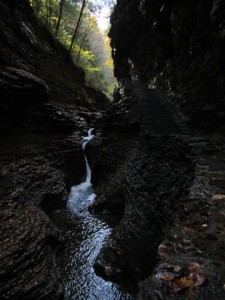